PASTOR ADEBOYE AND BISHOP OYEDEPO:
IMPARTATIONS THAT MADE THE DIFFERENCE

God’s Word carries power that is transferable through several media including spoken and written words. Little wonder sick people come for a meeting and get healed sometimes without personal contact with the ministers.

As written and sometimes spoken words of life are sent on platforms like Facebook for example, someone may ‘look and pass’ while another person reads/listens, believes and actually receives the word…leading to a genuine testimony.

We have been celebrating men of God like Daddy G.O and Bishop Oyedepo recently. One common factor about both of them however is that there was a major Impartation upon their lives provoked by a ‘thirst’ while they were among other people at different times and different ways.

Let’s go on history lane to their separate experiences in a little town called Tulsa in Oklahoma, USA.

Sometime in 1979, we were called by my father in the Lord and founder of the Redeemed Christian Church of God, Pastor Josiah Akindayomi while on a trip to one of Kenneth Hagin’s Camp Meetings in Tulsa Oklahoma. He asked us to come to his hotel room and there he told about 5 of us present that I would be succeeding him. He wanted us to pray. Now I realized that the prayer would determine a lot. That the DESTINY of the RCCG was being entrusted on my shoulders.
I took a position by the door to allow me pray a violent prayer.

When we started to pray, we heard a knock on my door and when I opened, a hotel worker asked if we were beating any instruments in the room. I said we were not. He asked what we were doing and I said we were praying. He said the whole hotel had vibrated, that it had shaken to the foundations and that they discovered that our room was the source of the vibration. He came in and checked and left when he was convinced. We finished our prayer.

However, after we left, the hotel was closed for 30 years because the foundation indeed had shaken.

2. BISHOP DAVID OYEDEPO-THE BATON HAS BEEN PASSED OVER

In 1986, I attended a meeting in Kenneth Hagin’s Ministry in Tulsa, Oklahoma. I craved Hagin’s unction so badly that I prayed ‘Lord, whatever makes Hagin (to be) Hagin, I want it’. I want his serenity, the calmness of his ministry and the noiselessness of his effect.

As I sat in the gallery and beheld Hagin ministering, suddenly his face was transformed like that of a little baby and I felt the power of God all over me. I broke into tears weeping uncontrollably and then I heard God’s voice ‘MY SON DAVID, the BATON HAS BEEN PASSED OVER (TO YOU)’.

Today we celebrate the result of these IMPARTATIONS. The key is right here with you. As words of grace from various (genuine) servants of God pour out from this and other social media platforms, be sure to receive that simple word meant for you. 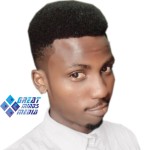 Pray by Ham Hilton The President Who Prays: Trump Wants to Do What’s Right Beautiful by Pst Diya Solomon 10 REASONS WHY YOU MUST NOT BE PART OF ANY FIGHT AGAINST A SPIRITUAL FATHER